Who: Rick Fines, Katherine Wheatley, Missy Burgess
and many more…

What: 1st annual Ottawa Grassroots Festival
When: Saturday, April 28, 2012 afternoon and evening events…
Where: Montgomery Legion, 330 Kent at MacLaren, Ottawa
Why: A community-oriented celebration of music and dance 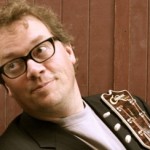 The Ottawa Grassroots Festival (OGF) is excited to announce that the date for their first annual mini-folk festival has been set for Saturday April 28, 2012. The festival (OGF) is an annual family-oriented celebration of folk music, dance and other participatory arts. The event will take place inside the Royal Canadian Legion, 330 Kent St. in Ottawa.

The one-day festival consists of a number of different components which will take place in various parts of the building. In the afternoon, the downstairs area will offer a diverse range of participatory activities, including a ukulele singalong, contra dancing, yoga and a “playback” theatre performance. At the same time, the hall upstairs will feature several respected and talented performers, including the wonderful singer-songwriter Ana Miura, along with “open stage” performance opportunities for children as well as adults (the open stage is a Spirit of Rasputin’s presentation). All afternoon activities are free, with donations being accepted for CKCU FM, Ottawa’s long-running community radio station. 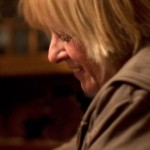 The evening concert will feature Ottawa’s own Missy Burgess, as the opener, celebrating her latest CD, “Play Me Sweet”. Her performance will be followed by the award-winning, ever-popular singer-songwriters Rick Fines and Katherine Wheatley.

Katherine Wheatley studied geology and music at university, but that doesn’t make her a “rock” musician. With influences that include Gordon Lightfoot, Joni Mitchell, Carole King and James Taylor, Katherine is a favourite at folk festivals and concert halls across the country. Her three CDs showcase her superb songwriting talents, exceptional guitar skills and gorgeous voice.

A veteran of the North American folk and blues circuits, Rick Fines has won the Maple Blues Award as a solo artist, along with Juno and Thomas Handy awards for his work with the band Jackson Delta. Known for his astounding fingerstyle and slide guitar playing and his engaging stage presence, Rick offers soulful songs, delightful stories and a wonderful musical experience.

Tickets for the evening concert are $25 in advance and $30 at the door.

Ottawa Grassroots Festival is run entirely by volunteers who have experience working together at other festivals. They share a passion for folk music and all that the folk community entails. All OGF volunteers have a say in how the festival is run. The emphasis is on fun, simplicity, good music and participatory arts.