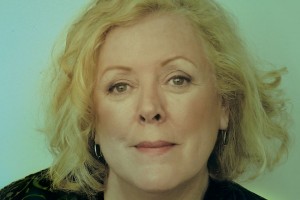 Laura Smith’s gorgeous voice and moving songs have created an international following for her performances and recordings.  Songs like “Four-Letter Word (for Lonesome),” “Clean Up Your Own Back Yard,” “Shade of Your Love,” and “It’s a Personal Thing” have resulted in a large, loyal following.  Her stunning version of “My Bonny Lies Over the Ocean” caused a sensation, and eventually became the centerpiece of a spectacular musical theatre production entitled The Needfire.

After dropping out of the music scene for many years, Laura stormed back in 2013 with a beautiful album called “Everything Is Moving”.  Originally planned as a collection of traditional songs, the album also includes five previously-unrecorded original songs about life, loss and gratitude.  “Everything Is Moving” was nominated for several prestigious awards and was included on numerous music industry “Best of 2013” lists.  Produced by Paul Mills, the album is available on Borealis Records, Canada’s leading folk music label, with distribution by True North Records and Linus Entertainment.

The March 8 concert is a fundraiser for the 3rd annual Ottawa Grassroots Festival  which will take place on April 25 to 27, 2014.  The Grassroots Festival is a unique, three-day, multi-disciplinary, community-oriented arts event that is completely volunteer-run.  Based on the core value of inclusion, the festival places a major emphasis on accessibility, family-friendliness and active participation.  All daytime festival activities are free of charge to attend.  The goals of the Grassroots Festival are as follows:

For information and interviews about the Laura Smith concert and/or the Ottawa Grassroots Festival, please contact: