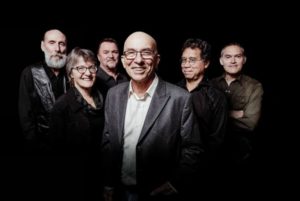 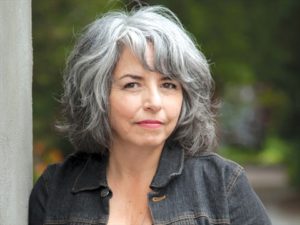 March 16, 2017 – The eclectic line-up for both the daytime and evening performances at the Ottawa Grassroots Festival (OGF) is finalized.  Now in its 6th year, this not-for-profit music event will take place from April 20-23 at The Southminster United Church, 15 Aylmer Avenue, in Old Ottawa South. Anne-Marie Brugger  (CHUO host) will be the MC Saturday evening which will start with an opening address/prayer by Algonquin elder, Albert Dumont. Canadian folk/roots singer-songwriter, Ken Whiteley and The Beulah Band will headline the evening which will draw folk enthusiasts to watch a legend perform.

Opening for Whiteley will be Malak, whom Showbox calls “one of the most powerful and beautiful voices in town.” Previously scheduled Twin Flames will not be performing. In a letter to Festival Producer, Bob Nesbitt, Jaaji of Twin Flames explained there was an immediate need for them to participate in a workshop for youth in Kugluqtuq NWT, where there is a high rate of suicide, sexual and physical abuse due to drugs and alcohol. As a result, he advised they will be unable to fulfill their commitment to perform at the festival, offering apologies for the short notice.

“Line-up changes can happen and we think that people coming out on Saturday night will be thrilled with Malak,” says Nesbitt. “Her multi-octave, pitch perfect vocals are mesmerizing and presented with such incredible emotion you’ll get goosebumps.”  Malak grew up in Eygpt and now calls Ottawa home. She has won numerous vocal competitions across Europe.  Recently, Malak was a showcased artist in Megaphono 2017 and is working on her first full length CD, set to be released later this year.  In Arabic, her name translates to “angel”, which describes this unique songstress beautifully.

The opening night of Grassroots offers evening performances with a powerhouse of Francophone artists including headliners Mélanie Brulée, Anique Granger and Cindy Doire, who have grouped together to present, Une soirée avec les filles. The audience will enjoy the popular/folk acoustic duo, Geneviève RB & Alain Barbeau, who are slated to open and who also performed at the festival launch, March 2 at Pressed Café.

Tonya Price (CKCU host) will MC during the Friday evening performances which will begin with the One World Choir, led by Chris MacLean.  This unique choir brings together voices of new Canadians and refugees in a welcoming setting, creating new friendships and helping the singers learn English along the way.  Co-headliners, Shout Sister Choir and The Durham County Poets complete the evening that promises to fill the sanctuary at Southminster United with sweet songs, many of which will surely have the audience joining in.

Tickets for Ottawa Grassroots evening performances are on sale, available online through the festival website. They are priced to be affordable for families (children 15 and under are free when accompanied by an adult). The daytime events on both Saturday and Sunday are FREE for everyone!  “We are excited about the daytime programming we have lined up this year,” says Nesbitt.

Daytime performers scheduled for Saturday and Sunday include an array of talented local artists: Jill Zmud, Acacia Lyra, Jamie Anderson, Julie Corrigan, Francine Leclair, The Shirt Tearing Boys, Vince Halfhide, James Blondeau, The Paugan Dames, Jillian Kerr and Emma Lamontagne (winner of Ottawa Bluesfest’s 2016 “She’s The One” contest). Spoken word artists, Albert Dumont and Deborah Kigjugalik Webster, along with singer-songwriter Larissa Desrosier are a few of the Indigenous performers scheduled to appear, in a year which finds the festival broadening its vision towards full inclusivity. The Grassroots Festival would not be complete without OGF favourites, The Sparrows. Led by Chris White, this group of home-schooled children between the ages of 4 and 11, along with some very talented adults, will be presenting a workshop geared towards children on Sunday.

For folks interested in workshops — where participation is key — there is plenty to explore. For example, festival participants can learn how to build a cigar box guitar or they can join in song with The Terry Penner Weekend Choir, where anyone can lend their voice. Or, “learn how to build your own band” with Pat Moore and Garry Greenland.  Also, new this year, the festival is hosting a few of the talented songwriters of the Canadian Song-Along, an annual song writing challenge and performance event where established singer-songwriters write a song from amongst 4 or 5 topics and then perform their new tune. Jam sessions, Gil’s Hootenanny Contest, an open stage event, KidZone and another festival favourite, a workshop for toddlers and babies, led by singer-songwriter Kristine St. Pierre and a workshop with the Festival of India are all synonymous with grassroots.

The Grassroots Festival is a family-friendly gathering of folk music, dance and spoken word. It’s called Grassroots because it is! This organization is run entirely by volunteers and prides itself for the participatory workshops it provides, cultivating community and nurturing inclusivity in a fun and friendly way.