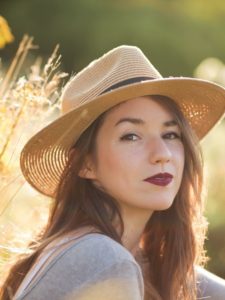 Christine Jakel is an indie folk/alternative artist based in Ottawa, Ontario. Her broad vocal range, captivating melodies and inventive, yet accessible, songwriting bring to mind artists such as Joni Mitchell, Feist and Florence and the Machine.

Christine discovered songwriting while studying classical voice at the University of Ottawa. She fell in love with it as a more personal means of self-expression than the classical repertoire she was used to. After completing her degree in 2016, she decided to change lanes completely and dedicate herself to writing and performing her own music. With songs ranging from tales of heartbreak to fun tunes that’ll have you snapping along, listeners can expect to be taken on a journey at her live show.

In September 2017, she released her first EP, Satellite Moons and spent the following year playing shows around Ontario and the East Coast. Recent venues she has performed at include Marvest at City Folk and Girls to the Front Songwriters’ Circle. She has since been further honing her craft and is currently gearing up for a year of new releases and tours.