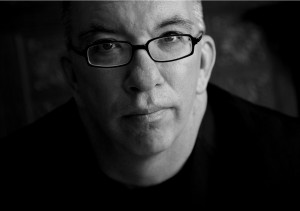 Not only does his deep catalogue include timeless originals like Fires of Calais, Cold Missouri Waters, Jenny Bryce, Hillcrest Mine, and Kiri’s Piano.  Keelaghan is also a possessive interpreter of outside material, a fine example being his gripping take on Gordon Lightfoot’s epic Canadian Railroad Trilogy on the Lighfoot Tribute disc Beautiful. There are a number of illustrations of his interpretive skills on his 2006 recording A Few Simple Verses. The closing tune on that spellbinding set, My Blood written with Jez Lowe, is one of many examples in Keelaghan’s career, where he has invited collaboration into his creative process.

“I was at the Celtic Colors Festival in 2008 and the producers locked six of us in a house for a week, and the company included Dave Gunning, David Francey, and Rose Cousins, it was an amazing experience. We had to come up with enough material for a show at the end of it.“To go along with a lifelong accumulation of influences, there have been these opportunities to work with equals, whether if be Oliver Schroer, Hugh McMillan, or Oscar Lopez. The sparks of collaboration, batting melodies back and forth, whatever, have produced some wonderful results,” says the artist who ties it all together with a powerful voice, delivery, and a commanding presence where he finds a balance between examining the lighter and heavier sides of life.

Admiration and respect for his work amongst his peers is best summed up by David Francey who recently stated that, “James Keelaghan sis a voice in contemporary Canadian songwriting that has helped us define who we are as a people. He writes with great humanity and honesty, with an eye to the past and a vision of the future. He has chronicled his times with powerful and abiding songs, with heart and eyes wide open.”