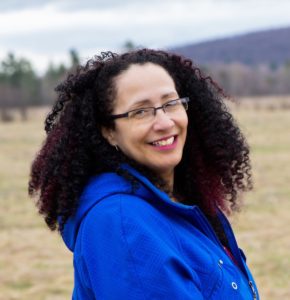 A performance by Maria Hawkins is always an Experience. She’s opened for Colin James and sung with Amanda Marshall and many others. Through 30 years providing music and motivation programs in schools and the community, Maria has also trained more voices in the Ottawa area than most. She also has a remarkable and memorable voice herself. Maria uses every little bit of those Royal Conservatory trained vocal folds, along with her passionate heart, to deliver a quality, fun, adventurous performance. She gives her audience a ride they don’t soon forget.
This Ottawa born, singer/songwriter, has many awards under her belt including ‘Artistic Excellence’ from the National Arts Centre of Canada and one of Ottawa’s Top 25 People. Maria is so proud of the youth she inspired who have continued with their own music careers (Shout out to Rita Carter).

Now retired from schools, Maria continues to perform for festivals such as Grassroots because she loves the communal sharing of music. A perfect fit for a lady who has provided musical motivation shows for over 30 years. She claims the Rainbow Bistro (Ottawa’s Home of the Blues) as her home base with pictures on the walls from 37 plus years there as a performer and host of numerous jams held weekly. She’s been keeping the blues alive in schools with the help of local artists whom she presents in works called, “Maria Hawkins Presents”.
Ms. Hawkins’ Woman of Distinction and Blues Society awards sit alongside the many keepsakes from students and her Queen Elizabeth II Diamond Jubilee Medal. She claims her success was due in part, to the guidance and support she received from the amazing teachers, EA’s, Principals and
School Superintendent’s that she worked alongside, from across Ontario.

Through the support of the Public Service Alliance of Canada, Members with Disabilities Action Committee and the late Pat McGraw, Maria was also able to take her music and motivational work with children, to bases in Trenton, Petawawa, Ottawa as well as schools in those areas. With requests from up to forty schools a year, plenty of fundraising and
grant writing where required to remain independent.
Maria’s fundraising events were always well attended and the local star-power were quick to sign up to perform alongside this extraordinary lady. She applied for and received many awards including
financial ones for her work. The biggest awards she received were the two times she applied for and received $20,000 from TELUS. Maria spent 30 years in the schools as well as in the community because she’s walked the walk.

Maria is an outspoken advocate for persons with disabilities and persons living in poverty.

They say that you don’t just hear Maria – you experience her.