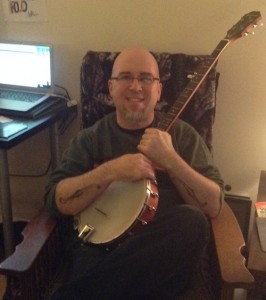 The Rythym Room
We spend 9 months of our lives 6 inches away from our mother’s beating heart,
the beat of the drum is in us all.”

Jody Marsolais is a Vic Firth Certified Instructor/Facilitator who offers:

Jody’s passion for music launched him into a full time career
as a music instructor and workshop facilitator. Jody provides services to retirement
homes, daycare centers, corporations/agencies, churches and schools.

At the age of five, Jody’s zeal for music and performance began. Jody would attend his
Mom’s performances at various events such as receptions and gatherings. Terry, his
Mom, began to introduce him to various instruments. Since then, Jody has become
proficient at percussion, drums, and guitar. His abilities extend to reading and writing
music theory.

Quantum physics, philosophy, creative visualization and meditation resonate with Jody’s
spirit. From these teachings, his desire has become rooted in the understanding that
healing can be achieved through a variety of sound modalities. His holistic workshops
have proven to be inspirational as the audience experiences a sense of peace and wellness
through the soft sounds of crystal singing bowls and meditation.

Building confidence and team skills through drumming has become popular in both the
profit and not for profit sectors. These workshops help develop focus and productivity
while increasing the ability to concentrate, retain and recall information. Jody’s school
workshops meet the Ontario Music Curriculum as a guide lines. These workshops are an
excellent form of ‘brain gym’, reduces bullying and builds self confidence.

The Rythym Room is a proud member of the both the Ottawa and the Cornwall Chambers
of Commerce. Visit www.TheRythymRoom.ca or phone 613.937.3800 to learn more!

The Shout Sister Choir takes an unorthodox approach to choral singing.  We do not audition and we sing a fun variety of music from pop and Motown, to folk, to a touch of country and blues.  We learn from recorded tracks so we require no reading of music.  Our method is fresh and fun and we are a warm and welcoming community.
The act of singing with others is both powerful and joyful and, while our choir fills the need for those who have never sung with others, experienced singers will find the relaxed atmosphere and alternative repertoire a refreshing change.
You are welcome to attend a practice with no obligation and new members are welcome at any time.

“Singing is as basic to being human as walking upright on two legs. If the professionals have taken it away for themselves, then it’s time the amateurs took it back.” – Robert Fulgham