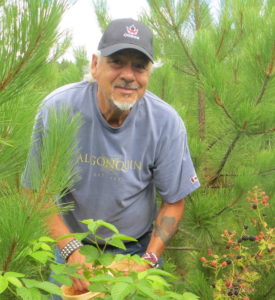 Albert Dumont is a Poet, Storyteller, Speaker, a Traditional Teacher and Activist. He has published 6 books of poetry and short stories. In recognition for his work as an activist and volunteer on his ancestral lands (Ottawa and Region) Albert was presented with a Human Rights Award by the Public Service Alliance of Canada in 2010. In January 2017 he received the DreamKEEPERS Citation for Outstanding Leadership. Albert has dedicated his life to promoting Aboriginal spirituality and healing and to protecting the rights of Aboriginal Peoples particularly those of the young. He is the father of two daughters and grandfather of four grandchildren.