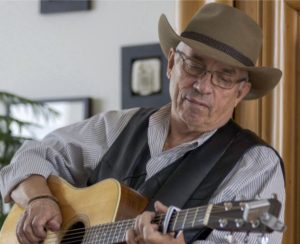 John was born in Louisiana and raised in Ottawa in a singing family. He hooked on to the folk craze early, working as kitchen help, hootenanny MC, and occasional performer at Le Hibou. He left Ottawa in 1968 to pursue an academic career, but never stopped singin’, pickin’, and grinnin’. He pretty much confines his playing to open stages in Edmonton these days, and is delighted to be invited to perform at the Ottawa Grassroots Festival. Expect to hear folk and traditional country music and maybe a joke or two.