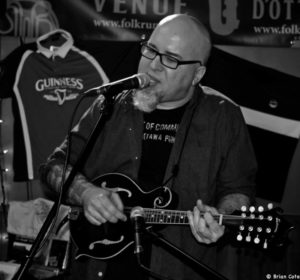 After growing up on Conservatory piano and punk guitar, Paul moved to Ottawa and discovered how to play folk and the blues on acoustic instruments. He has been seen at various open stages around the city, and even gets a gig once in a while.

Since 2012, Paul has also been the host of the Spirit of Rasputin’s weekly folk jam, which currently takes place on Tuesday nights at The Vimy Brewing Company.

This year’s jam at the festival will be run the same as past years: Everyone sits in a circle and takes a turn leading a song. When it’s your turn to lead, you choose the song, and sing it, and everyone else joins in to the best of their abilities. If you’re too shy to lead a song, don’t worry. Give Paul a frightened look and he’ll pass you by – but please keep playing along with everybody else. It’s always a great time!