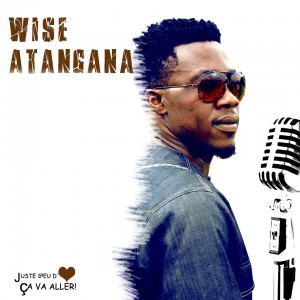 Wise Atangana is a Cameroonian musician, percussionist and music producer living in Ottawa since December 2013. Born Ernest Benoit Atangana, he goes by the stage name of Wise as a tribute to the wisdom of his ancestral people, the Fan-Beti. In his mother tongue Ewondo, the name “Atangana” means “story teller”, “communicator” or “master of ceremonies.” Wise’s grandparents passed on to him the wisdom that comes through oral story telling. In the small village where he grew up, stories were the medium for passing on knowledge and wisdom, told around a fire every night. Storytelling is an art form that Wise continues to practice through a mix of Cameroonian folk music, Afro beat, French and American hip hop. He describes his musical style as “Afro beat hip-hop fusion” and through his music he replicates what his grandparents did – shares his stories, his beliefs and his experiences as a Cameroonian, an African and a newcomer to Canada. He has collaborated with numerous musicians on various projects in Cameroon over the past years. His recordings include:

Along with friends at the Grassrooots Festival, on April 25 at 3pm, Wise Atangana is thrilled to present a sneak preview of his mini album “Juste un peu d’amour ça va aller!” (With just a little love it’ll be fine!). The official digital launch is planned for May 20, 2015, Cameroon’s national holiday. In his new life in Canada, Wise looks forward to meeting and collaborating with Canadian musicians.