“Having a Franco-Ontarian night speaks to our mandate of cultivating community,” says Bob Nesbitt, OGF Producer.” Culturally diverse music breaks down barriers, enriching the festival experience. “Stef and Eric are talented artists and we are so pleased to have them kick start the festival.” Nesbitt adds, “Ticket sales have started a month early, which is a clear message people are excited by our line-up announcements”. 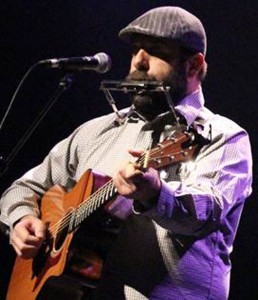 Paquette launched a solo career in 2002 with his first solo album, L’Homme exponentiel nominated for Album of the Year and the title song was winner of Song of the Year at the Franco-Ontarian Music awards in 2005. His second solo album, Salut de l’arrière pays (The Salvation of the Hinterland), was released in 2011 and won a number of awards, including the Prix Trille Or from the Association des professionnels de la chanson et de la musique in 2013. The album is acoustic folk, with no drums. Its theme is how northern communities are becoming ghost towns because people are leaving for bigger towns, promising to come back but they never do. 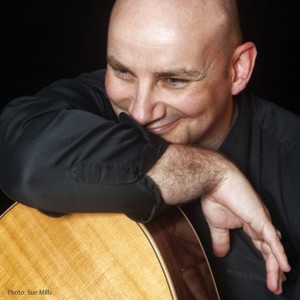 Singer-songwriter Eric Dubeau writes songs that are rich. They are inspired variously by daily life in a village in Northern Canada, local legends heard in Croatia, the tranquility of the landscape in Patagonia or the riddle of the Sphinx. Dubeau’s music invites the listener to a musical encounter soft, intense and exciting. In 1997, he released his first album, Par chez nous. From that album the song Les lumières de la ville was a finalist in Songs from the heart of the Ontario Council of Folk Festivals. In March 2001, Eric launched his second album, Coeur et âme.

The Ottawa Grassroots Festival is a family-friendly gathering of folk music, dance and spoken word. Grassroots is a unique experience, accessible and indoors with free daytime activities designed to appeal to all ages, featuring workshops, sing-alongs, special kids’ activities, an instrument petting zoo, jam sessions, a Festival Choir, folk dancing, instrument building and much more. Evening performances will be ticketed. Follow the latest line-up and performer news on the OGF website, Facebook and Twitter.” It’s called Grassroots because it is! This not-for-profit organization is run entirely by volunteers.

The Ottawa Grassroots Festival continues to attract followers from communities throughout the National Capital region and Ontario. Join us in April and experience it for yourself!