Home 9 News 9 The Next Best Thing – CD Release Party with Graham Lindsey and Friends
Graham Lindsey released his second album, The Next Best Thing, in 2020 – and the stars have aligned to bring all the people needed to properly celebrate the album’s release on December 6th, 2022.
This album release concert will feature tunes and songs from the album, many never before heard live!
Click here to buy tickets
Graham will be joined by bandmates from several projects: Fern and Willow Marwood from “The Broken Bridges”, as well as Kyle Jordan and Maddy O’Regan who have played with Graham for years.

Joining on upright bass is Pat Bigelow, who Ottawa audiences will have seen in classical and folk settings. Special guests Quote The Raven (from Newfoundland) will join to sing the title track from the album.

A concert with Celtic music isn’t complete without dance, and champion Highland dancer Kayleigh Armstrong will join throughout the evening, dancing her own original choreographed works specifically for pieces from The Next Best Thing.

** A late addition to the program is Chase (the dog), who performed at the Ottawa Grassroots Festival with The Broken Bridges this past April: he does canine freestyle tricks with his trainer Fern! Chase has already won the hearts of audiences, and every musician performing at this concert!

It would be a shame to bring all these great musicians together and not hear from them all, so you can expect to hear more from Quote the Raven, The Broken Bridges, Maddy, Kyle, and more!

In addition to music from The Next Best Thing, many of the performers will be performing their own pieces – so the evening promises variety and lots of great energy! 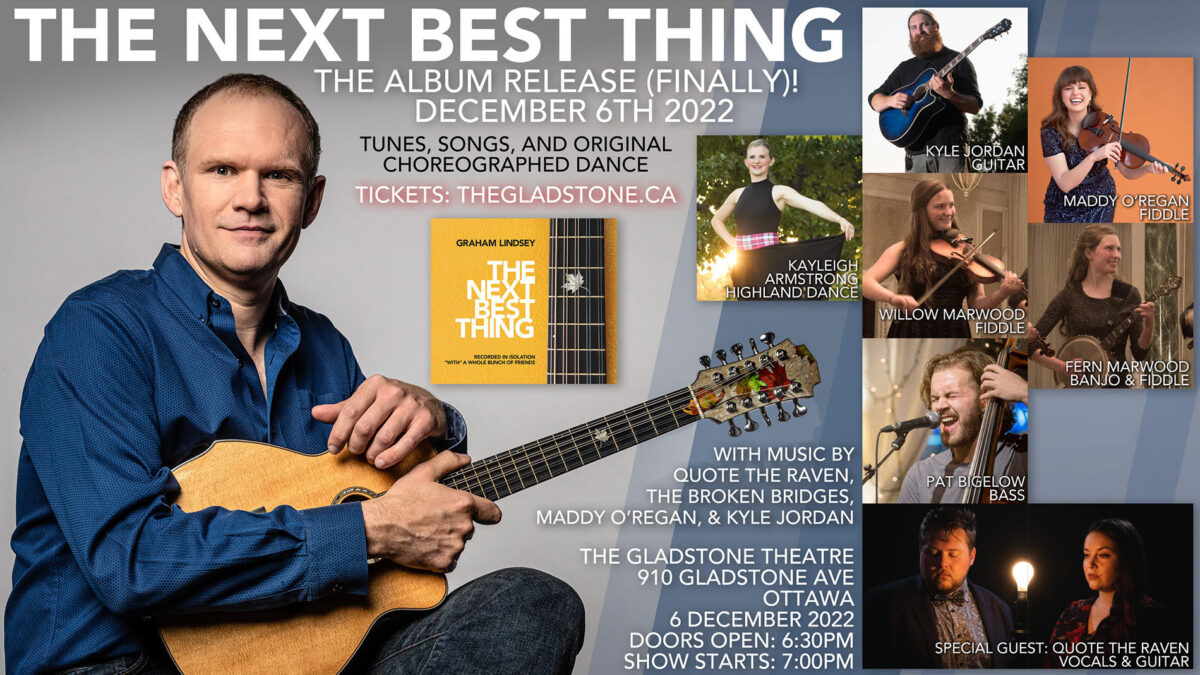