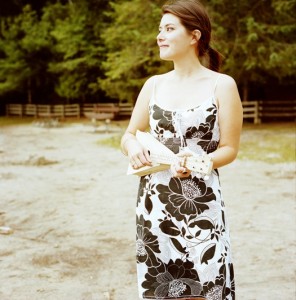 Ana Miura musically warms the hearts of the audiences she encounters. With three albums and international touring under her belt, her proudest music-related accomplishment is the community that has built around Babes4Breasts.

Ana Miura’s third album The Kindness of Years marks a new chapter of musical growth for this Ottawa based singer/songwriter. Doors continue to open wide for Ana since performing alongside the likes of Bruce Cockburn, Steven Page (former Barenaked Ladies) and Joel Plaskett. She has performed internationally, singing in English and Japanese, but considers her greatest achievement the creation of Babes4Breasts, a National breast cancer benefit concert. The “Babes” tours have raised tens of thousands of dollars for a variety of breast cancer related charities. In September 2012, B4B released their second compilation album featuring 16 of the best and brightest Canadian singer/songwriters including one amazing song written by B4B with a group of cancer survivors and a music therapist called “My Now is Here”. The generosity of others never ceases to humble Ana.

In April of 2012, Founder Ana Miura was informed she was selected to received the Queen Elizabeth II Diamond Jubilee Medal (www.gg.ca/diamondjubilee) in recognition of her contributions to her community through Babes4Breasts. She was presented with the medal in June of 2012 to share with all of the amazing people who have helped Babes4Breasts along the way, from those who buy tickets, to those who work behind the scenes, to sponsors and charities; to friends and family. Says Miura, “Community means many people working together to do better for the place we live and without your generosity and kindness, this would not be possible. I hope to live up to all of the other amazing recipients of this award – what an incredible country we live in.”