A stew of influences from the Band to Jimmy Reed, a mix of styles from blues to folk, Durham County Poets uniquely blend them all.

The Durham County Poets are a lively and soulful group, who write and perform an eclectic blend of blues, folk and rock, with tinges of country, gospel and swing tossed in for good measure. They are five seasoned musicians, all of whom are songwriters, who work together individually and collaboratively in composing their music.

Delving into a variety of styles and genres, their musical influences include a broad range of artists. From The Band to Dire Straits, Leon Redbone to James Taylor and Neil Young, they have managed to put it all together to create their own musical style. The obvious joie de vivre expressed while performing together is reflected in the good-time feel that the band creates, which has been captivating their audiences consistently since their inception 6 years ago.

Popular at music festivals and venues across eastern Canada and fresh on the heels of a well-received “formal showcase” at the 2016 Northeast Regional Folk Alliance (NERFA) Conference, the band is branching more and more into the US market, with more bookings coming up in 2017.

“…inventive in their taking musical roots and reshaping them… Soulful folk who make the listener pay attention. In my view, they deserve a wider audience.” Spike Barkin, co-founder of Roots of American Music Festival, NYC

“This group plays bluesy country/folk with a lot of verve. The lead singer sits in his wheelchair and just kills every vocal. The recording on “River” has mostly an ambient sound with very little reverb. It gives the listener a sense of sitting in a living room somewhere, listening to the band crank out one great tune after another.” Richard Cuccaro, Acoustic Live in New York City

“…was able to now understand why there’s been so much buzz around about the southwest Quebec group…The Poets lay down a sweet acoustic groove that’s subtle, yet captivating. ” Steve Tennant MEDIUM?

“Kevin Harvey’s rich voice and nuanced delivery covers the scope of life…. with ballads and blues-inflected originals, some swing and genial humour. Guitarist David Whyte’s guitar solos are pure grace. The Poets will get you dancing in the hallways, laughing, and feeling those blues.” Spirit of Rasputin, Ottawa, Canada 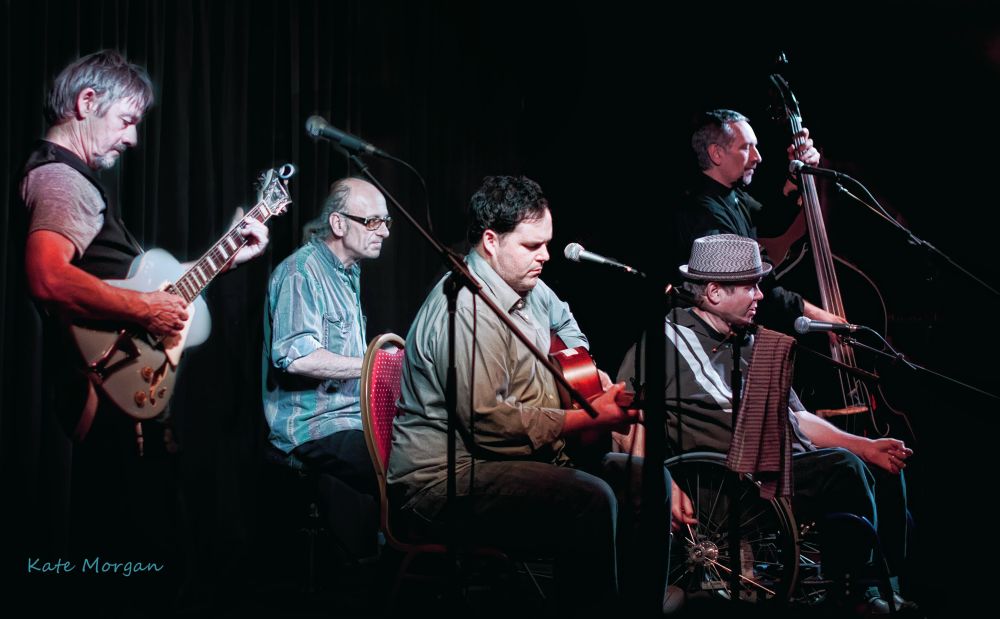