Workshop: How to Build Your Own Band

Back by popular demand! Come learn how to put your band together, learn how the different instruments work together, how to integrate rhythms, and to support the lead singer.  Learn how to set up vocal harmonies, and a few other simple approaches to improve the overall sound. This workshop is of interest to musicians and listeners who are interested in knowing how it all works.

Heart, drive, deep blues, inspiration, a tight vocal blend, fun filled interplay, and an intimate relationship with the audience are some of the things that describe a Maple Hill performance.  Built on the foundation that “it’s all about the song”, the band delivers strong vocals supported by tasteful instrumental backup rooted in traditional sound, yet fresh and inspiring.  Their new CD, Back To You, featuring 6 original and 7 cover songs is receiving rave reviews.

In addition to his performances, Garry is an accomplished and highly respected bluegrass teacher.  For over 30 years he has taught Scruggs style banjo, mandolin, guitar, and “band” classes (teaching folks to play together, to understand the music as a whole and to support the singer and each other.)   Garry has taught dozens of serious players who have gone on to be successful band members.  Garry was recognized by the Canadian Bluegrass Music Association for teaching and mentoring – an award designed specifically for him.

Pat grew up in a house full of music – from show tunes to folk, rock, and pop.  Her voice has a warm and expressive quality, as perfectly suited to a rich ballad as it is to an up-tempo power song..  She honed her skills playing dog-house bass and singing lead and harmony in Maple Hill in the 80’s. Later, Pat ventured out on her own, writing, and releasing her debut solo CD, The Time’s Never Been Better, followed by her second CD, Take it to Heart, with her band The Vinyl Frontier. Audiences love her heartfelt performances!

Pat is the creator and producer of the (annual) Ottawa Opry in support of Amnesty International, producer of the annual Christmas GOOSE concert (the Ottawa Food Bank), and a popular show host on CKCU.  Recently she has added “childrens’ author” to her credits with the 2011 publishing of  Clean Water for Lukong.

Kevin was a member of the original Maple Hill.  He’s a passionate singer and tremendous rhythm player, with a deep love and understanding of the genre. The play between Kevin’s bluesy mandolin chops and Garry’s “Dayton style” blues guitar lay the foundation for strong drive and a whole lot of fun.

Sean picked up the banjo about 10 years ago, and started out as a student of Garry.  He has the touch, driving the band when that’s what’s needed, and he knows how to support the singer.  In his spare time, Sean builds museums and animal shelters. 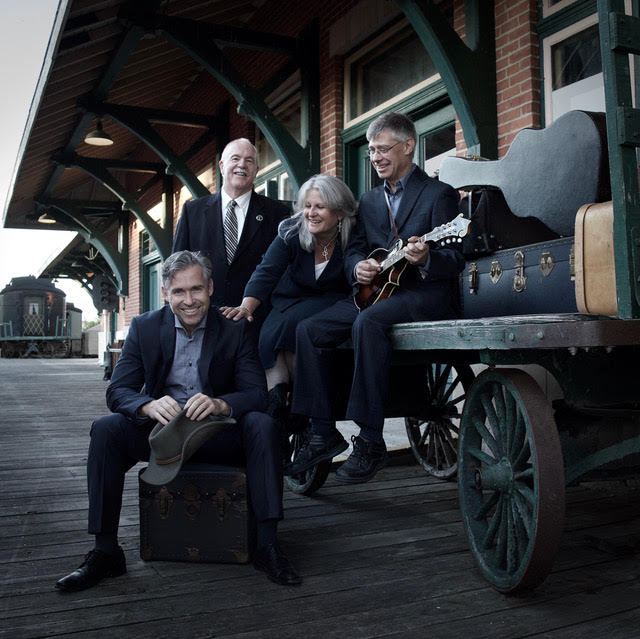