Jessica was first introduced to the fiddle with Cindy McCall at the Blue Skies Community Fiddle Orchestra of Maberly.  Jessica has since been developing and refining her own unique style from her private lessons with professional fiddle teacher, Cindy Thompson of Almonte, and very much draws from others such as Shane Cook, Tim Chaisson of the East Pointers, Scott Woods, Ashley MacIsaac and Natalie MacMaster.

Jessica already has many impressive accomplishments including a 2016 Canadian Folk Music Award nomination for Young Performer of the Year, based on her first CD recorded at age 12, Toronto’s 2017 CNE Rising Star Talent Competition semifinalist and a 2018 Canadian Songwriting Competition semifinalist in the category of Under 18 for her original fiddle medley.  Currently she is a 2018 Canadian Folk Music Award nominee. She was interviewed live on Kingston’s CKWS-TV and was profiled in Halifax’s Celtic Life Magazine – December 2014 issue ( https://celticlife.com/jessica-wedden).

Jessica has performed at Ottawa’s National Gallery of Canada for the Canada-United States Inter-Parliamentary Group, Toronto’s WinterFolk Festival, the Perth RCMP Musical Ride and the Havelock Country Jamboree.  She was a special guest of J.P. Cormier, special guest of Scott Woods and special guest of Larry Mercey (from the seven time Juno Award winning Mercey Brothers Band). Another performance cherished by Jessica was opening for three time Juno Award winning fiddler Ashley MacIsaac at the 2017 Festival of Small Halls Ontario, where she received a standing ovation and he asked her to accompany him on stage for a couple of fiddle tunes.

When Jessica is not performing, she can be found finger picking her guitar, writing a song or fiddle tune, playing her keyboard or sketching portraits in pencil.

With her extreme dedication, no doubt she will thrive as a professional performer, composer and private fiddle teacher.
Indeed…

Fiddling is  her passion! 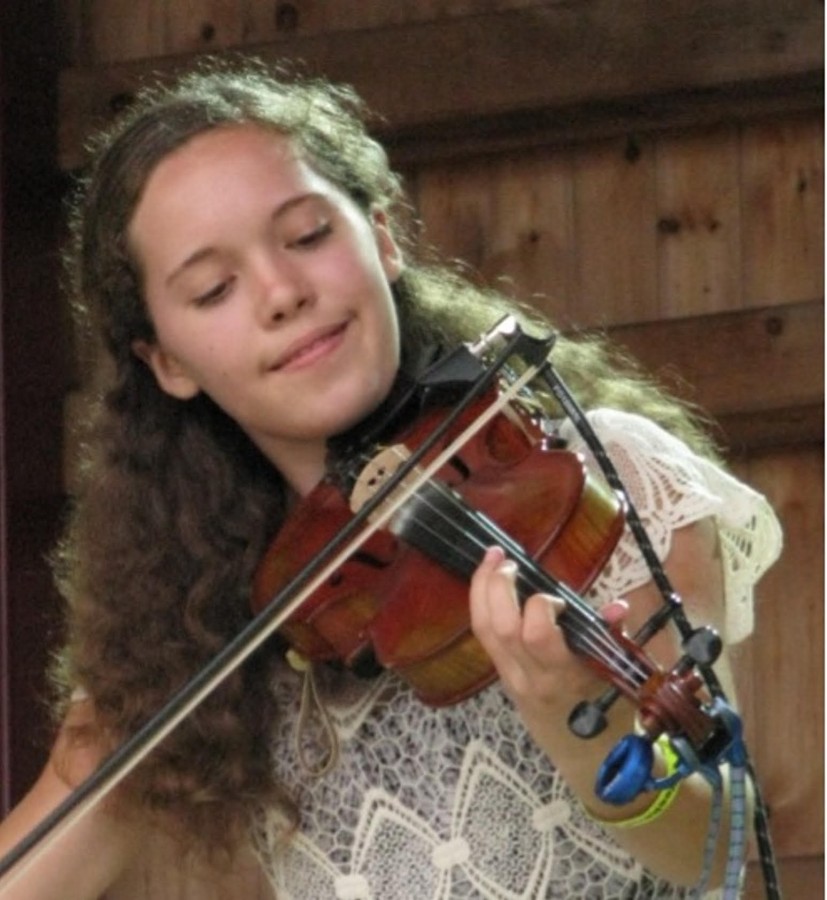