Kaleigh Watts is a Canadian musician and songwriter, born a songbird of the wild, water, and woods. Her alto singing voice has been described as raw and hauntingly beautiful, which perfectly complements her rhythmic fingerpicking on acoustic guitar and her old soul as a lyricist. Watts captures listeners with her intimate musicality, nostalgic melodies on her vintage würiltzer electric piano, and on-stage performance charisma. When joined by her band, Watts debuts an elevated sound with lush arrangements of bowed bass and subtle drums that project warmth and juxtapose with her somber lyrical themes.

Watts is an artist whose works reflect her location. She released her debut album “Smoke Lake” in 2014; an intimate and minimalist project that was recorded without electricity in her family’s cabin and along portage trails in Smoke Lake, Algonquin Provincial Park, Ontario. Many of the tracks were inspired by the familiar surroundings of Algonquin, and include field recordings and textures of the park’s wildlife and natural atmosphere. Watts is now singing songs of the city with her new album “Hung Me Dry”; a collection of songs composed during and inspired by Watts’ time living in the city of Ottawa, Ontario. “Hung Me Dry” is an emotional and evocative art piece that illustrates Watts’ longing for relief amid the solitude and darkness of a city. Watts opens her grieving heart for the duration of the album, engages your own heart’s strings, and immerses your memory with hers of a mid-sized metropolis.

During her time in Canada’s capital, Watts obtained a Bachelor of Music degree from Carleton University, and was mentored by many significant Canadian musicians, including Juno Award and C anadian Folk Award winner Lynn
Miles. Watts, a sterling performer, has captured audiences with notable performances at the National Arts Centre, RBC Ottawa Bluesfest, CityFolk Festival, City of Om Yoga Festival, and tours in eastern Canada. 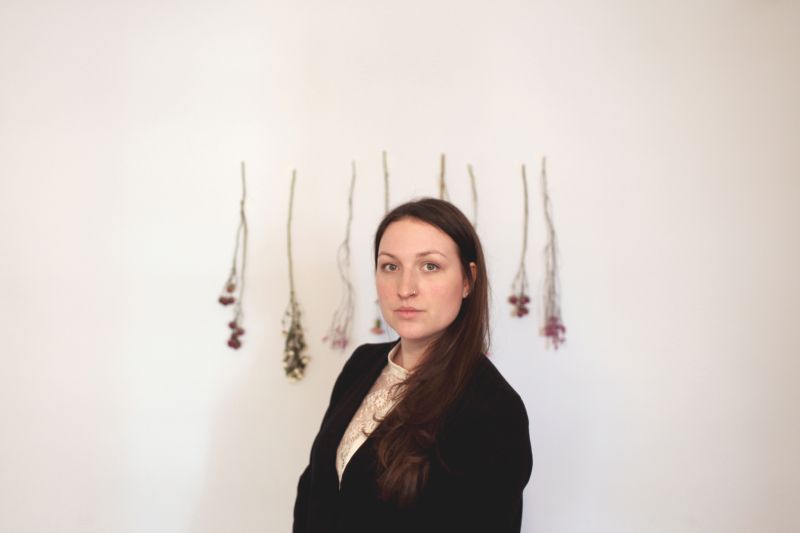