Ken Whiteley and the Beulah Band

Ken Whiteley is one of Canada’s most respected “roots” musicians. Drawing on his incredibly rich background in blues, gospel and folk styles, this 7 time Juno award nominee is always a wonderful addition to any festival or concert series. He has played at virtually every major folk festival in Canada and performed and recorded with such legends as Pete Seeger, John Hammond Jr., Tom Paxton, Blind John Davis, Stan Rogers, The Campbell Brothers, Guy Davis, Raffi, Linda Tillerey & the Cultural Heritage Choir and countless others. A prolific songwriter, a gifted and versatile instrumentalist and a powerful singer, Whiteley’s music communicates themes of freedom, love, spiritual aspiration and social comment. His performances are presented with particapatory humor, grace and energy.

His performing career began as a teenager in the 1960’s with brother Chris and friend Tom Evans as The Original Sloth Band. With the Sloths, Ken performed all over North America and appeared on Saturday Night Live with Leon Redbone. His collaborations with brother Chris (The Whiteley Brothers) and old friends Mose Scarlett and Jackie Washington (Scarlett, Washington & Whiteley) resulted in a wonderful collection of recordings, garnering high praise, successful tours and several awards. Ken’s most recent collaboration is Ken Whiteley and the Beulah Band. Whether performing solo or playing with any of his large circle of musical friends, as one critic has said, “with Ken Whiteley our enjoyment is virtually assured.”

Ken Whiteley is a busy musician who is always involved in a number of projects. He is an active record producer, having worked on more than 135 albums. His productions have resulted in 11 Gold or Platinum albums, 22 Juno nominations, 2 Juno winners and 2 Grammy nominations, with total sales in excess of 8 million copies. He has written the music for a number of films and television programs. Whatever he does, it reflects his “briliant musicianship and high test passion”. In the words of Sing Out! magazine, “Ken Whiteley is one of the best.”

Ken Whiteley and The Beulah Band are creating exciting new music that is deeply rooted in traditional North American folk forms. You’ll hear echoes of blues, gospel, swing, string and jug band sounds. They are all outstanding and versatile instrumentalists and great harmony singers. And if anyone can match the youthful energy of his bandmates it is Ken Whiteley.

It’s been 10 years since Ben Whiteley first began performing with his Dad, Canadian folk legend Ken Whiteley. This past winter they decided to share the producer role for Ken’s new cd and Ben began sharing his insight about where he thought his father’s work might best focus. That shaped a winter of songwriting with definite funky, folky elements. As spring returned, they began talking about who best to play this new material with. When they got together with banjoist extraordinaire, Frank Evans and fantastic fiddler, Rosalyn Dennett, not only did the arrangements come alive, but they found they had that most special of things – a marvelous, 3 part vocal blend. And so was born Ken Whiteley and The Beulah Band!

Ken Whiteley has a long and honored history on the roots music scene. He has received 7 Juno Award Nominations, a Canadian Folk Music Award, a Genie Award for the Best Original Song in a Canadian movie and Lifetime Achievement Awards from Folk Music Ontario and the Mariposa Folk Festival. He has appeared at literally hundreds of folk festivals and concerts across North America and performed with legends such as Pete Seeger, Tom Paxton, John Hammond, Stan Rogers and Raffi. His production work on 140 albums has resulted in 22 Juno Nominations, 2 Grammy Nominations and a host of other awards.

Rosalyn Dennett is a founding member of Winnipeg’s “Oh My Darling” and has a great feel for not only old timey music and it’s new timey incarnations but also swing and blues fiddle a la Stuff Smith. Frank Evans is a pillar of Toronto’s old time and bluegrass scene playing with a wide circle of musicians including the Slocan Ramblers. Ben Whiteley has been an extremely busy string bass player, touring all over North America and Europe with Basia Bulat, New Country Rehab and the Good Lovelies, among others. 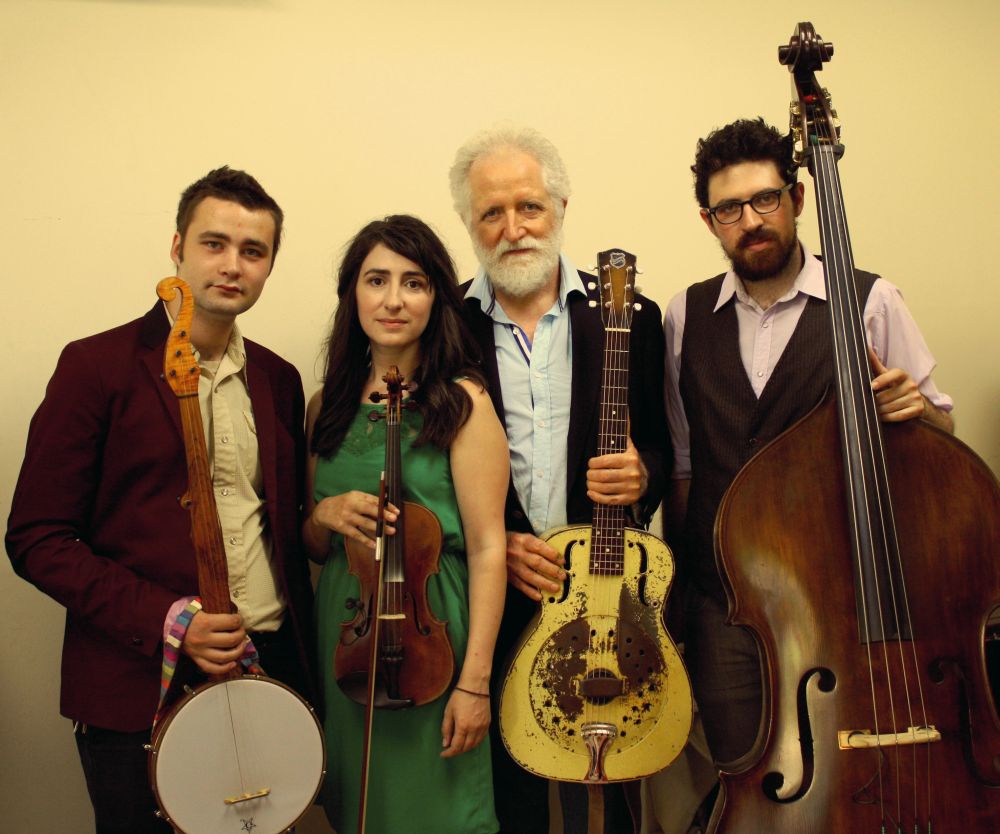