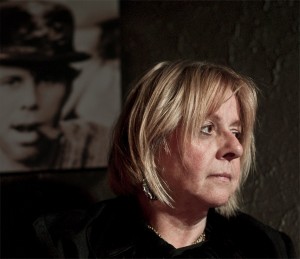 Growing up in a large family where chaos was a lifestyle had its benefits. I could train myself to live in a different land even though chaos was all around me. As a young teen, I would climb into my brother’s tree house and imagine myself singing late at night in some obscure small room in New York City and walking the streets alone as I thought all musicians did. By the time I was 15 years old I had heard all my father’s jazz and big band albums over and over and had attended numerous concerts where my brother, Michael sang Gregorian chant with St. Michael’s Choir School in downtown Toronto. I loved music, and belonged to many church choirs, but it took on new meaning when my father brought home a record of Fats Waller. It introduced a sound that shook my insides and made me want to sing. But it took many years of living, which included a nursing/teaching career, marriage, a son and many dogs and cats before I would take music seriously.

Since 1996 I have performed on main stages from The National Arts Centre in Ottawa to Boston’s Regent Theatre to The Angola Prison for Women in Louisiana. including a guest performance at the Great Canadian Theatre Company for Garnet Rogers.

I have had the good fortune of being connected with Terry Eagan in Boston who has pioneered efforts to put gardens in hospitals all across Canada for people hospitalized with cancer. Terry produced my first album and I continue to support his efforts in any way I can. The last fundraiser was September 2011 where I performed along side Lynn Miles, Keith Glass, Ana Miura and Amanda Rheaume and Michael Burgess. Visit the website patiogardens.com for more information.