Nona Grandea is an Ottawa-based Filipino-Canadian singer, songwriter, musician and lead vocalist for HIMIG MASA – a progressive folk rock group made up of Filipino migrants that was first launched in 2010. While her interest in music was kindled very early in life, she considers herself a late bloomer when it comes to her musical aspirations.

Nona carries an eclectic bag of early influences including classical, pop, rock and heavy metal, such as Tchaikovsky and Chopin, the Bee Gees, the Beatles, and ACDC.  Much of her recent work is influenced by her own social justice work and protest voices from the 1960s – Dylan, Baez, Country Joe MacDonald with a touch of Pink Floyd and Santana.

She came to Canada as an immigrant from the Philippines three decades ago.  Since then, much of her volunteer time has been given to working within migrant communities and building linkages with those who seek social justice and fundamental change. 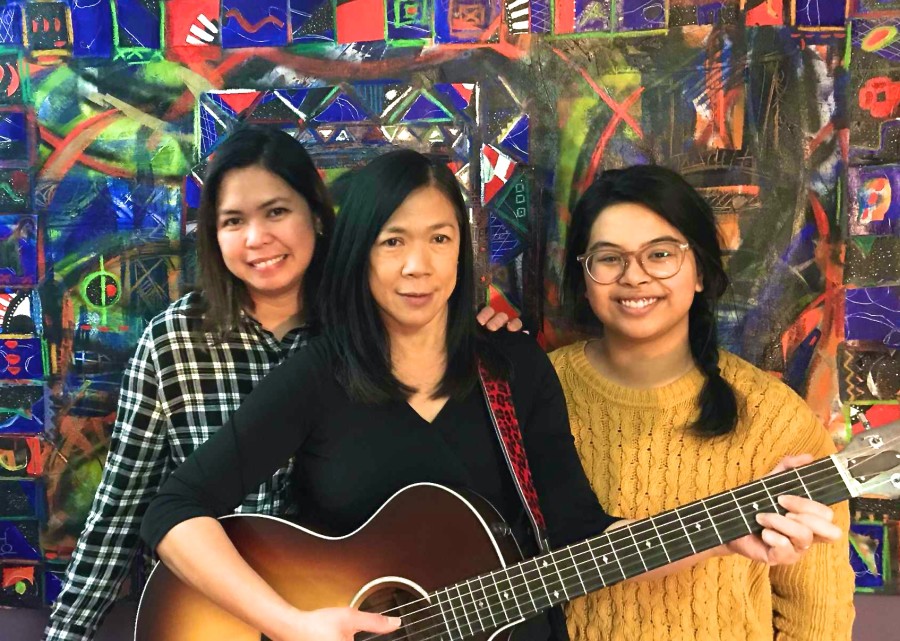