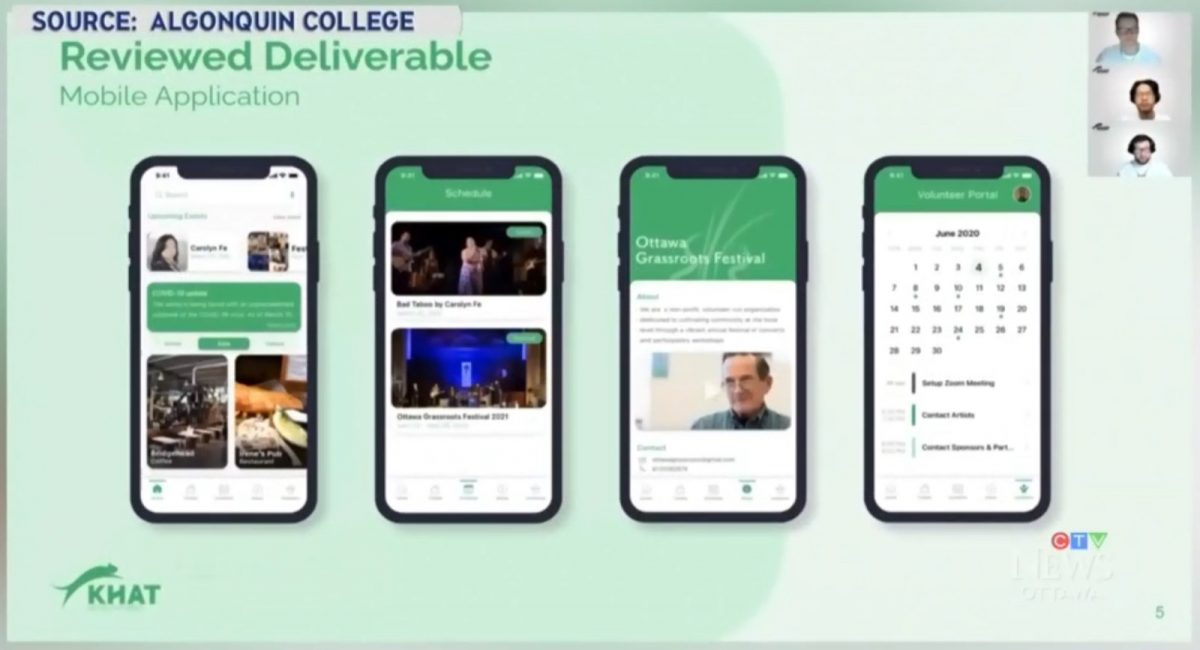 Algonquin College had a showcase of student projects, the Virtual RE/ACTION Showcase, with entries from 75 student groups.

The student team that developed the Ottawa Grassroots Festival App was one of the final 5 who presented during the showcase, and also won!

The CTV news article starts with another project, and autonomous robot designed to dispense liquid, which can be used for projects such as de-icing driveways, or fertilizing lawns.

The video concludes with the declaration of the winner being the Ottawa Grassroots Festival App, along with the team behind it.